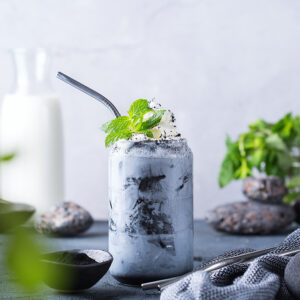 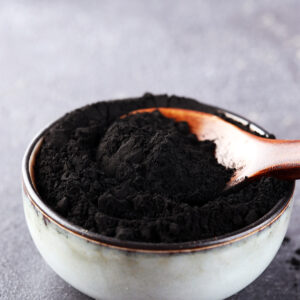 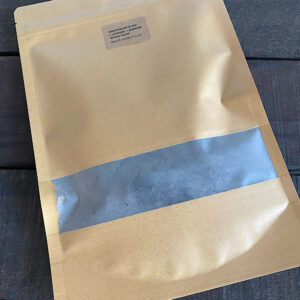 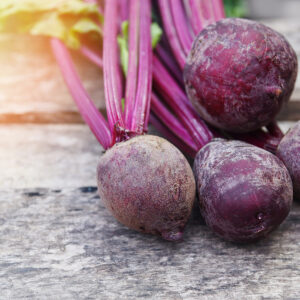 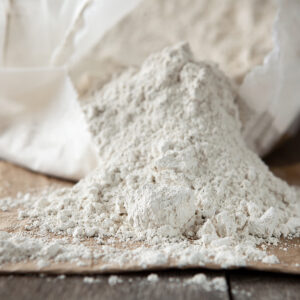 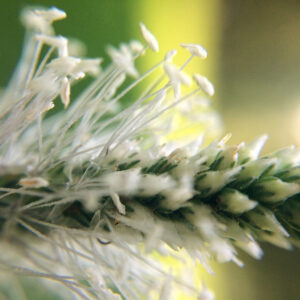 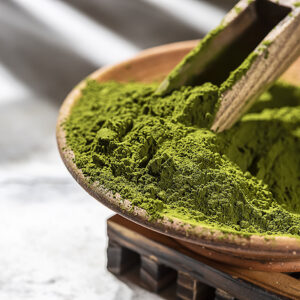 tip: make sure to use a silicone or non-metal spoon due to clay content

new! digestive bitters slow cleanse can now be added to your beauty boost!

new! phosphatidylcholine can now be added for energy as well as detoxifying skin and boosting liver and brain health.

here is my smoothie bowl recipe which pairs really well with this supplement – YUM!

fulvic + humic acid brightens skin like vitamin c and creates thicker, stronger hair.
plantain leaf promotes a glowing scalp while minimizing scarring on skin and healing breakouts.
shilajit contains over 80 minerals which encourages hair growth and restores any elasticity the skin may have lost from aging.
triphala boosts proper circulation of blood and assists in proper absorption of various minerals that are important for maintaining healthy hair and skin.
cat’s claw knocks down viruses while strengthening the immune system, making it a powerful support for cancer tumours and infections.
chlorella contains DNA and RNA growth factor which encourages your body to produce and use protein resulting in shinier, thicker hair and plump, supple skin.
coconut charcoal is a powerful scalp and hair detoxifier and boosts hair volume while also detoxifying the skin by binding to toxins in bile acid and escorting them out of the body.
…and over 80 other herbs, minerals,  and clays to nourish and nurture skin and hair!

Think of this as a ‘gut scrub’. This formulation includes warm water extracted shilajit along with fulvic acid. It is designed to target specific biotoxins like mycotoxins from mold and ammonia, as well as bacteria, parasites, and other byproducts from yeast, fungi, and viruses.

SACRED CLAY – Silicic acids from Sacred Clay make excellent ligand escorts for minerals and nutrients passing into the roots of a plant as well as through the cell walls of the human body. Silicic acids from an amorphous silica clay are one of Nature’s many ways of nourishing both plants and humans with bioavailable minerals and other nutrients. Sacred Clay absorbs chemical toxins that may interfere with the breakdown of matter, and encourages beneficial bacterial growth while reducing unwanted fungal growth.

FULVIC + HUMIC ACID – Humic & Fulvic Earth is derived from the decomposition of an ancient forest and vegetative matter millions of years ago and is one of the most potent cellular detoxifiers known. Fulvic Acid help break down debris and convert solid waste (similar to what happens in your compost pile that is loaded with humic/fulvic acids).

Cat’s claw is a tropical woody vine whose bark has been harvested for hundreds of years for medicinal purposes. Cat’s claw can aid in alleviating almost any symptom, from neurological to digestive. While cat’s claw has gotten some attention for its healing properties, it is as yet unknown to science that the herb contains bioactive pharma-compounds that supersede synthetic pharmaceuticals. All too often, antibiotics are employed against certain illnesses such as Lyme disease. The world would be a different place if cat’s claw took the place of antibiotics; the rate of illness would reduce, and recovery would quicken, regardless of the diagnosis for a given illness.
Cat’s claw is remarkable for its ability to rid the body of the infamous strep, which is frequently misdiagnosed as yeast or Candida. Millions of women go on antibiotics and antifungals that only end up making problems worse, because the Streptococcus bacteria that causes urinary tract infections is so often antibiotic-resistant. Cat’s claw lowers strep without issue, making it the ultimate UTI-alleviating herb and a fundamental tool of our time. Strep is also the true cause of of many other symptoms and conditions, including cystic acne, bacterial vaginosis, SIBO, sinus pain and congestion, otitis media, intestinal disorders, sore throats, styes, and more. Cat’s Claw is also a fantastic herb to knock down E.coli, C. difficile and other bacteria.
The glycosides, proanthocyanidins and beta sitosterol found in cat’s claw exert a beneficial effect on memory, making it an excellent supplement for the prevention of Alzheimer’s disease and other cognitive/memory disorders. It also assists the liver’s personalized immune system, giving it a chance to recoup its strength and restore itself for the next battle. It helps the liver stabilize its environment.
Most cancers and tumors are caused by viruses such as EBV. Cat’s claw knocks down viruses while strengthening the immune system, making it a powerful support for cancer and tumours. Parasites such as Babesia and bacteria such as Bartonella cannot withstand the wrath of cat’s claw. The herb eliminates these and other bugs without the so-called Herxheimer die-off reaction so common with antibiotics, because the bioactive pharma-compounds in the herb regulate the destruction of pathogens so that it’s at a level the individual person can tolerate. Cat’s claw is also incredible at fighting viruses such as Epstein-Barr virus (almost everyone has at least one of the over 60 varieties of EBV).

alfalfa leaf – The word “alfalfa” comes from the Arabic phrase, al-fac-facah, meaning “father of all foods.” It stands to reason, alfalfa is extremely nutritious. The extensive root system allows the plant to absorb a high level of nutrients from the soil. Alfalfa leaf contains essential vitamins including the entire spectrum of B-vitamins, A, D, E and K. Alfalfa Leaf is a source of iron, niacin, biotin, folic acid, calcium, magnesium, phosphorous and potassium. Alfalfa is a source of chlorophyll. Compared to other plants, alfalfa leaf is very high in protein and amino acids. It could treat a number of skin conditions and also improve your skin from within. It gives you a healthy and glowing skin. The alfalfa chlorophyll has healing properties, especially for the human skin.

Yacon root – contains compounds that function as prebiotics in the body, improving digestive health and treating certain types of colitis. These prebiotic properties influence the development of microflora in the digestive tract, leading to improved gastrointestinal fermentation.

Tablespoon for tablespoon, dollar for dollar, the nutrient and health benefits of the SUPERNATURAL BINDER + PREBIOTIC + PROBIOTIC is off the charts compared to the typical ‘good health food diet’.

Just add this superfood blend to your current nutritional program and discover the feeling of calm energy, improved blood sugar levels, less sugar cravings, greater satiation after the meal, the desire to consume less food in general, the reduction of cravings for harmful snacky foods, greater alkalinity, and an overall sense of well being.

By supplying your body with full spectrum nutrients from whole herbs, clays, sea vegetables, and nutrient dense plants, the ‘starvation mode’ the body goes into from common nutrient depleted diets turns off.

By loading the body up with superfoods, the stored cellulite which is only there to supply energy for the next famine, simply melts away. With such an abundance of nutrients being supplied regularly there is no longer a reason to store fat for future energy requirements. Body weight simply returns back to its ideal level.

Simply add SUPERNATURAL BINDER + PREBIOTIC + PROBIOTIC to your daily regimen at the rate of 1 tablespoon (15 ml) per day in water, green drink, or fruit smoothie, and watch how your life changes!

When you do not have time to make a smoothie, the quickest mix is adding it to organic apple sauce. Adding a little coconut yogurt makes it a little more creamy. If you want to get fancy you can store this creamy blend in the freezer for a few minutes so it is almost like a superfood, plant based ice cream. I also like to add shredded coconut meat, organic dates, raw cacao nibs, dried gogi berries, dried blueberries, etc. It’s a great way to ‘break the fast’.