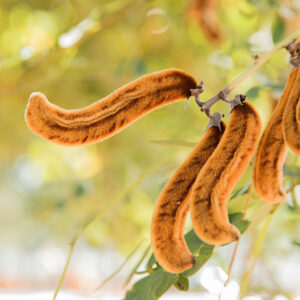 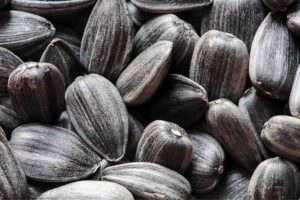 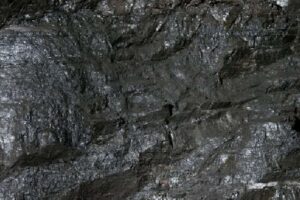 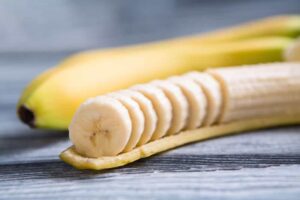 ALPHA GLYCEROL-PHOSPHATIDYLCHOLINE is A-M-A-Z-I-N-G! Seriously, how much time do you have? This is the MIRACLE MOLECULE of cell function. A major constituent of cell membranes, vital to every cell of the human body. It depletes as a person ages. This is why elderly people look ‘elderly’. The lack of Phosphatldylcholine causes skin to lose suppleness. This super substance rebuilds and maintains organs in the human body and it is one of the most important supplements that a person can take to combat aging and to extend life. In addition to its role in the cell membrane, its component choline is necessary for transporting fat to your mitochondria (the powerhouse of your cells). The mitochondria are the bacteria inside of your cells that produce ATP, the energy currency of your body. This means that, in addition to helping to keep your cell membranes healthy, phosphatidylcholine also directly encourages fat burning. It even has a positive effect on the production of growth hormones. Also, not only is it an effective brain booster and cognitive enhancer, but Phosphatidylcholine benefits are thought to have long-term effects on your neurological system. Phosphatidylcholine is a macronutrient that is important for healthy liver function, normal brain development, nerve function, muscle movement, supporting energy levels and maintaining a healthy metabolism. Phosphatidylcholine plays a part in several important processes within the body that are carried out hundreds of times, every single day. What is phosphatidylcholine most beneficial for? It helps in the process of methylation, which is used to create DNA, for nerve signaling, and for detoxification. It’s also important for the functioning of a key neurotransmitter called acetylcholine, which similarly helps nerves to communicate and muscles to move, acts as an anti-aging neurotransmitter, and performs other basic processes.

GABA benefits are numerous, ranging from improving your mood, ability to focus, promoting relaxation and helping to control stress. Supplementing it is a useful tool for individuals seeking relief with symptoms resulting from ADHD, depression, anxiety, insomnia, panic attacks and addictions. ability to not only reduce the difficulty a person experiences in falling asleep but also improve the quality of rest they experience after drifting off is due to the same biochemical effect. By increasing levels of desirable neurotransmitters in the brain and inhibiting chemicals linked to stress, GABA helps a person experience a deeper, more restful sleep. This leaves people feeling more energized and mentally sharp the next day.

MUCUNA PRURIENS Mucuna pruriens contains a compound called L-DOPA which is a direct precursor to the neurotransmitter dopamine. Dopamine works as one of the best natural hgh releasers (human growth hormone) by stimulating the pituitary gland to increase it’s production. High levels throughout life of the body’s own natural growth hormone is known as a major key for human longevity.

SHILAJIT OR RUSSIAN MOOMIYO is arguably the most potent adaptogen. Adaptogens are natural substances which are known to reduce stress and prevent fatigue. Known also as “Russian Black Anabolic,” moomiyo has been used for years in Russia to enhance athletic and physical performance. Moomiyo is said to help build muscle mass and strength and to shorten recovery time after strenuous exercise. It has been used as a performance enhancer for athletes, military personnel and cosmonauts. It is also used in Russian folk medicine ever since to treat people with a range of conditions, including broken bones, stomach problems, inflammatory conditions and impotence. Moomiyo is said to boost the immune system and enhance the metabolism of minerals needed for physical performance. The unique properties of moomiyo are believed to be due to the characteristics of the soil in the region in Russia in which the substance develops. Plants high in alkaloids, glycosides, saponins, chlorophyll, carotenes and flavinoids flourish in the mountains of Russia.

Suggested Use: Apply one patch to clean, dry skin once every three days. Don’t continually wear patches in the same place. Apply one patch to arms, back, stomach, and thighs. Try to prevent patch from becoming wet. Do not re-use patches. Depending on your age and your body you may find that application of one or two patches a week is enough to increase and replenish your body’s HGH stores. It is best to consult your physician before using this product if you are taking any medications or are under a physician’s care for a medical condition. This product is latex, soy, and gluten free.
Storage: Store patches in aluminum packaging at room temperature away from excessive heat and moisture. Do not store in the bathroom.

What happens when you swallow your supplements:

When you swallow a dietary supplement pill, it travels to your stomach, where the pill is immediately introduced to a powerful mix of digestive acids. Depending on what other foods you’ve eaten, the supplements in you stomach remain there for up to 4 hours as part of the normal digestive process. During this process the supplements in the stomach continue to be degraded by powerful digestive stomach acids.

After approximately 4 hours, the remaining supplements’ nutrient value starts its journey into the small intestinal tract where it will be absorbed into the bloodstream and delivered throughout the body. Studies have shown that on the average, as little as 2% of the original dietary supplement taken survives the digestive process and is absorbed by the body, dramatically reducing the dosage originally taken and its resulting effectiveness.

With a transdermal patch:
As soon as a patch is applied to the skin, body-heat activates the supplement formula and the nutrients begin to transit through the skin into the small blood vessels called capillaries that are plentiful under the skin. This is direct delivery of nutrients to the bloodstream or what is called Transdermal Delivery because nutrients are absorbed directly through pores in the Derma (skin).

Because the nutrient delivery process is done over a period of many hours while a patch is worn, we call this ‘Time-Release Delivery’.

-Maximum Dosage Absorbtion – Patches allow you to absorb up to 10 times the dosage that comparable orally taken supplements deliver.
-Patches release nutritional supplement ingredients directly into the bloodstream, bypassng the harsh acidic environment of the stomach and digestive tract that destroys most of the original nutrient value of supplements taken orally.
-Patches deliver their nutritional supplement load directly to the bloodstream the moment a patch is applied to the skin, versus up to 4 hours with supplements taken orally that must pass through the stomach and digestive system.
-Incredible convenience – there is nothing easier than applying a patch before bedtime or in the morning after showering, instead of having to remember to take multiple pills day after day.