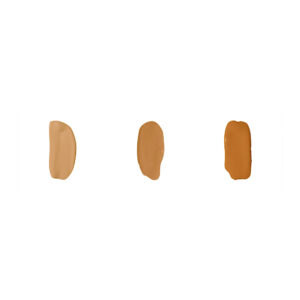 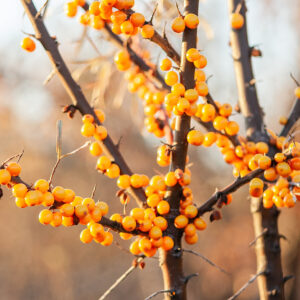 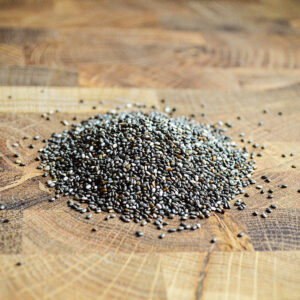 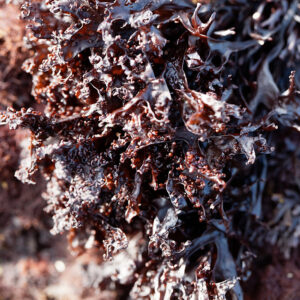 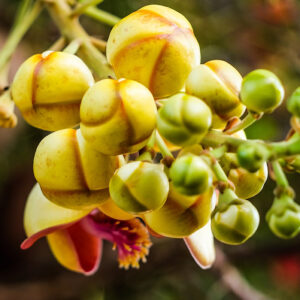 please note: each sample size is 0.5ml or 1-2 uses or applications – it is not meant to be a travel size.

chia oil is a powerhouse source of fatty acids, dietary fiber, proteins, vitamins, minerals, polyphenols, and antioxidants, such as caffeic acid, rosmarinic acid, myricetin, and quercetin. Chia’s properties are made much more potent with the addition of astaxanthin.
Astaxanthin is 6000X more powerful than Vitamin C and doesn’t break down when exposed to UV light, red light, and blue light – instead – the potency and efficacy of it increases. It is 75X more potent than alpha lipoic acid. It is sourced from algae. It also promotes tissue regeneration by reducing oxidative stress and the secretion of collagen.

Sea Buckthorn Berry Oil is incredibly rich in antioxidants, vitamin C, vitamin E, carotenoids and essential fatty acids but also omega 7 (one of the rarest of the naturally occurring omegas and a key building block of healthy skin, hair and nails).
Sal Butter has squalene, which is known to assist in the regeneration of stratum corneum lipids, while its Terpene alcohols function as an antioxidant which is anti-inflammatory. It is rich in phytosterols, which aids in the function of your skin barrier while promoting microcirculation.

chia oil or, more formally known as salvia hispanica seed oil is—you guessed it—extracted from the seeds of the chia plant. Chia is a powerhouse source of fatty acids, dietary fiber, proteins, vitamins, minerals, polyphenols, and antioxidants, such as caffeic acid, rosmarinic acid, myricetin, and quercetin. It is amazing for all skin types – anyone with sensitive, inflamed, and dehydrated skin would particularly benefit from this nourishing oil in their routine, and it even works well for irritated and oil-prone skin. Astaxanthin, which is also infused into this unique formula is an ingredient that’s high in vitamin C and E, and can especially enhance the effectiveness of chia seed oil.

Sea Buckthorn Berries are incredibly rich in antioxidants, vitamin C, vitamin E, carotenoids and essential fatty acids. Not only do they contain the essential fatty acids of omega 3 and 6, but also omega 7 (one of the rarest of the naturally occurring omegas and a key building block of healthy skin, hair and nails).

organic sea buckthorn oil extract is 80-95 per cent essential fatty acid, so it’s extraordinarily rich. Sea buckthorn berries are packed with more than 190 bioactive compounds that revitalise skin, including vitamin A, B1, B2, B6, and amino acids such as leucine, isoleucine, valine, methionine, phenylalanine, and lysine. It is a soothing treatment for sunburn, radiation damage, rosacea, and eczema.

Astaxanthin Oleoresin is extracted from Haematococcus pluvialis (phytoplankton) using supercritical CO2. phytoplankton, is a rich source of astaxanthin. It also is found in some forms of red algae. It doesn’t break down when exposed to UV light, red light, and blue light – instead – the potency and efficacy of it increases. Among all of the naturally occurring antioxidants in the world, astaxanthin is completely unmatched in its antioxidant strength and potency. Due to its potent oxygen-quenching properties, astaxanthin helps protect the skin from oxidative damage. Compared to other antioxidants, astaxanthin is:

Organic Sal Butter is often compared to Argan oil because of the velvety smooth feeling it gives to the skin. Sal butter is also known as Shorea Butter and is extracted from the seeds of the Shorea robusta tree native to India.  It contains Phytostérols which improve skins barrier function and microcirculation as well as Terpene alcohols which is an anti-inflammatory and antioxidant.

coenzyme Q10 (CoQ10 for short) is a naturally produced bodily enzyme and one of the most fundamental antioxidants. Coenzyme Q10 is found in every cell of the human body. CoQ10 works to block tyrosinase, which helps with the production of melanin, which means that CoQ10 can help fade and prevent dark spots. This ingredient helps your body produce collagen and elastin, which can reduce the appearance of fine lines.