an accidental rescue mission of love

If you have ever met people who seem to choose a more minimalistic life, that is my brother and his girlfriend and their dog to a ‘T’. They would be happiest I think if they could just go exploring the BC wilderness and camp 24/7. My family have always been hard-working farmers all week, from sunrise to sunset. But on the weekend we had fun! We would have family picnics with loads of cousins every weekend at some beautiful little lake nestled in the BC Interior mountains and after we ate we would hike to see some natural flowing mountain waterfalls to climb and play. It was such a cool upbringing. We even grew up in a cozy log house by a lake. It was nothing short of ‘Mountain Family Robinson’. 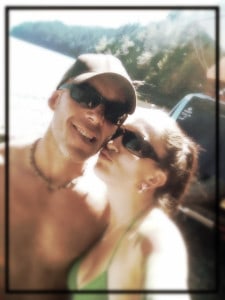 My brother just took his very first selfie this weekend! He and his girlfriend Erin have carried on that family tradition of getting away from it all and going camping as often as possible. And not glamping – hardcore camping. They go to remote areas that worry me sometimes because there is no phone service. Somehow, they always seem to make it back alive, and with new stories to tell. This past weekend I got my usual ‘Sunday night slide show’ but there was more… 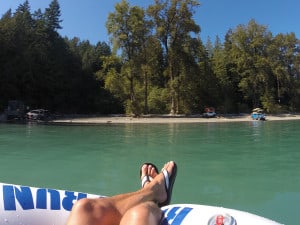 My brother said they found a dog. They had gotten to their destination and were settling in while their friends decided to go a little further to check out Fossil Beach. When they got back they said they found a really small dog.They had come up on the beach and these little teeny tiny ears poked up from behind a log. They found a very scared and growling teacup Chihuahua. She was also weak to the point that she was having trouble walking. They brought her back to the campsite and Erin, who works at a vet clinic at the coast, quickly examined her and gave her some food. She really took to Erin and all weekend she slept with them in their tent. 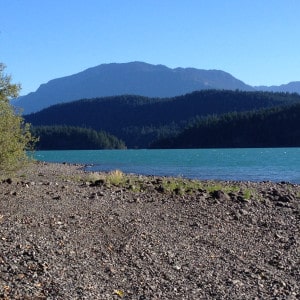 They returned home after their weekend in the wilderness to find a post online of the very chihuahua they had found, listed as missing. The female owner was beside herself when she got the call that they had found her long lost companion. Her boyfriend had been looking after her dog while she was on Vancouver Island. One evening when he had driven out to a very remote lake with his friends, the little dog had hopped out of the vehicle without anyone noticing. The distance was very great between where he had lost the dog and where my brother and his friends had found her. What a story she must have after being in the wilderness for a few days and nights. 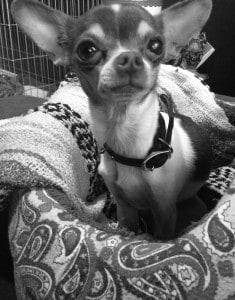 The moral of this story is that brave souls come in all shapes and sizes. This tiny little ‘Fossil’ had to have had angels looking out for her. What is even more incredible is that my brother and his friends just happened to be out in the back country exactly where Fossil ended up. After hearing this story today, I kept thinking to myself, if Fossil could have braved the cold, lonely nights all by herself and somehow not gotten eaten by coyotes, surely I have been underestimating my own inner strength. 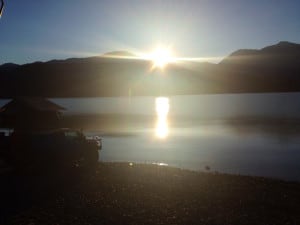 She is officially part of our family. The owner felt she was in a better place. We are thankful that she successfully made it through surgery and she is on the mend. 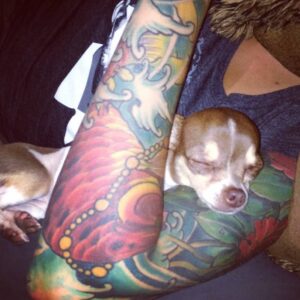 why I went vegan

what is your slavery footprint?