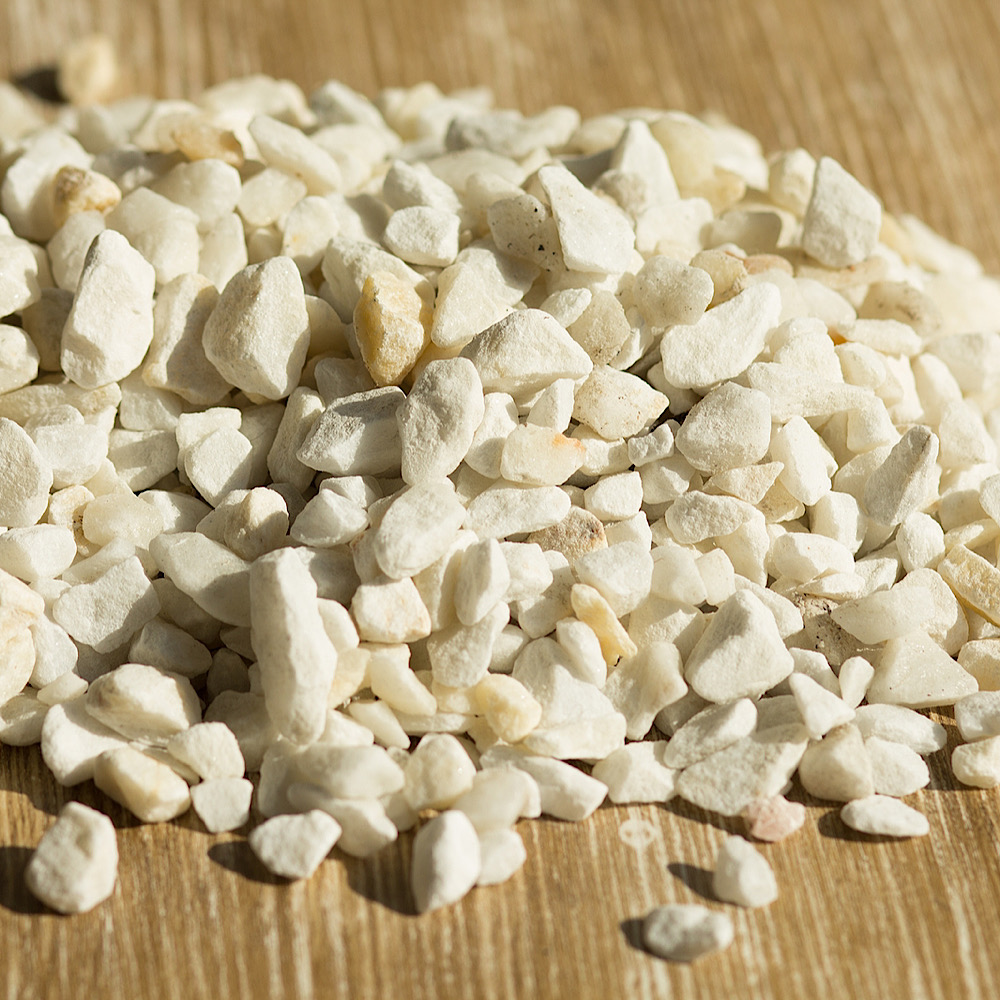 By joOctober 9, 2022ingredients
No Comments

I want to introduce you to a new (but ancient) locally and ethically sourced healing clay that I am excited to be able to add to my formulas. But first off, I want to take some time in this post to break down some misconceptions I am seeing regarding zeolite. In case you didn’t know, there are various articles out there decrying the use of zeolites as a dietary supplement and suggesting this detoxifying mineral is actually ADDING toxic aluminum and lead to the body (here is one example).

Not the Whole Truth

This info means millions of people could be deprived of the benefits of the amazing detoxifying mineral that is zeolite. A friend of mine knows quite a bit about lead exposure from personal experience. When she was 5 years old she put some very toxic lead paint on her body ‘for fun’. She was too young to realize what she had done was quite dangerous.

Lead accumulates in the body and can weaken bones through displacing calcium. By the age of 26 she had broken 4 bones, so they know how bad lead can be. She then struggled throughout her painful adolescence suffering with severe concentration problems and were prescribed years of anti-depressants, but never felt better. In her early 30’s she still had a daily problem of poor concentration, brain fog, and ‘heavy’ legs. It was difficult for her to walk up stairs without holding onto the railings. She had developed very debilitating chronic fatigue from her toxic childhood and lifestyle.

After two weeks on zeolite all of these things went away. To say that it was life changing is an understatement. However, there is ONE important detail to the zeolite supplement she took. It was cleansed of heavy metals and was micronized small enough to detox throughout the body. I want to share with you some really interesting facts that I have come to know about zeolite these past few years through my own research. These facts somewhat contradict the information making the rounds in the holistic community.

Zeolite is a natural volcanic mineral, which works as a detoxifier for heavy metals, radiation, and other toxins. It was formed over millions of years when volcano ash settled on alkaline seawater. This resulted in a chemical reaction and created an extremely strong, negatively charged, cavernous compound. The unique negative charge of zeolite allows it to absorb dangerous toxins like a magnet by locking these toxins within its porous tunnels. Many refer to this as a ‘cage-like structure’, since once zeolite absorbs a toxin, the dangerous substance is locked within the zeolite structure and cannot be broken free. This means that zeolite safely and gentle carry out of the body any toxins it picks up as it travels through the body.

The canadian company I source my zeolite from first started out with the cleanest and purest zeolite on Earth, and it is made to be food grade, specifically for human consumption. This zeolite is then intensely washed and prepared to ensure a high level of cation capacity and clean cages. The zeolite is then put through rigorous processing and quality control tests to ensure that quality and safety is always maintained for human consumption. It is at this point that it is thoroughly dried and then MICRONIZED into a powder. This micronized zeolite has a wide ranging micron size, which allows for full body detox. Among some of the numerous metals zeolite has demonstrated in studies to absorb include lead, mercury, cadmium, arsenic, nickel, barium and other toxic chemicals.

Does zeolite add aluminum to the body?

The easy answer is: no. All zeolites are by definition ‘aluminosilicates’ which means their chemical makeup is aluminum, silica and oxygen. This is not ‘free’ aluminum; it is an inert part of the structure of the zeolite. And this structure is really, really hard to break:

That is why zeolites pass through the body completely intact. On their way through, they can perform amazing feats of detoxification but only if they are cleansed of their existing metals. In fact, the aluminum numbers Mike posts on his website (see the results here) are NOT what you would get from ingesting zeolite. Instead those results are from disintegrating the zeolite structure using powerful nitric acid. So of course if you dissolve the zeolite it will show high levels of aluminum. But as I’ve pointed out, zeolite is never dissolved in the body. The test results on Natural News wrongly imply that you are being exposed to high levels of aluminum based on test conditions that don’t actually happen in the body.

What about heavy metals in zeolites?

Mike claimed that raw zeolite (mined and packaged for sale) has high concentrations of aluminum and lead. This IS true. They also have other heavy metals, including arsenic, chromium and cadmium. But it’s NOT what it sounds like–there’s more to this. All these metals are trapped inside the honeycomb structure of the zeolite. Yes, if you dissolve the zeolite in nitric acid (as Mike did), they will then be released.

The honeycomb structure of a zeolite is negatively-charged, and most heavy metals are positively-charged. Like a magnet, zeolite attracts and then traps those heavy metals inside its structure. It’s a process called cationic exchange. It is the zeolite’s ability to attract and trap heavy metals that gives it such powerful detoxifying potential for the body. The test results on Natural News are based on dissolving the zeolite structure with nitric acid, which releases the trapped metals for measurement. It is not based on results for the intact zeolite structure.

Just do a search for Clinoptilolite zeolite on Pubmed.org. There are numerous studies showing that zeolite DOES remove lead and other metals, including a study of micronized (resized) zeolite removing lead from bones in mammals. (PubMed Study)

Raw zeolite has these metals inside the structure because over time, the zeolite encountered them in nature. But a zeolite that is already full of metals does not work. It’s like a sponge that’s already wet; it won’t mop up any more water. And there are numerous online sellers who are only too willing to crush up raw zeolite and pass it off to you. Raw zeolite is incredibly cheap so it’s very easy for people to start companies selling batches of it. When you dissolve those sorts of ‘un-cleaned’ zeolites you do find high levels of lead, arsenic and other metals There is even one online seller of powdered zeolite who has a ‘study’ claiming they removed heavy metals. But if you put IN a dirty zeolite full of heavy metals, guess what, a LOT of heavy metals come out in the test results. Mike is totally right to call them out on it, and I am glad he did! For zeolite to trap toxins in the body, it must first be cleaned of its existing heavy metals.

While a full body of research can be found on the National Institutes of Health website (PubMed.org), several notable research papers are listed for educational purposes.

You can find micronized zeolite in my:

As much as I love zeolite’s incredible detoxifying abilities when it comes to heavy metals, it is not the only amazing healing mineral clay out there. I also love the unique characteristics of sacred clay, which I have used for over a decade in my formulas. The newest clay I now have in my hands is called kisolite. Just like the others, it is in a class all its own when it comes to its healing properties. Kisolite Biogenic Mineral Powder is an abundant source of micronutrients for the skin including Iron, Magnesium, Potassium, Phosphorus and Calcium.

The ESKAPE (Enterococcus faecium, Staphylococcus aureus, Klebsiella pneumoniae, Acinetobacter baumannii, Pseudomonas aeruginosa, and Enterobacter species) pathogens cause an increasing number of nosocomial infections worldwide since they escape the inhibitory effect of the available antibiotics and the immune response. There is broad-spectrum and potent antibacterial activity of kisolite clay, a natural clay mineral from right here in British Columbia, Canada, against a group of multidrug-resistant ESKAPE strains. The results suggest that this natural clay might be developed as a therapeutic option for the treatment of serious infections caused by these pathogens.

Experiments have demonstrated the efficacy of a ‘natural’ medicine in kisolite clay, against all of the ESKAPE strains.More than 50 years of misuse and overuse of antibiotics has led to a plague of antibiotic resistance that threatens to reduce the efficacy of antimicrobial agents available for the treatment of infections due to resistant organisms. The main threat is nosocomial infections in which certain pathogens, notably the ESKAPE organisms, are essentially untreatable and contribute to increasing mortality and morbidity in surgical wards. The pipeline of novel antimicrobials in the pharmaceutical industry is essentially empty. Thus, there is a great need to seek for new sources for the treatment of recalcitrant infectious diseases.

According to a contemporary member of the Heiltsuk Nation, tribal people also employed the clay “…as a trade commodity with other Heiltsuk tribes, and tribes outside our territory. They used to roll the clay up in tiny little pellets and people would eat them every day. It was used almost like a vitamin.” Further historical evidence suggests that the glacial clay was traditionally utilized as a treatment for bee stings, rashes, colitis, neuritis, and phlebitis, and was also used in dentistry and for a number of treatments by veterinarians for animal care.

Research done in the early 1950’s, by Dr. Ernest Hauser of MIT, recognized the remarkable value of the Kisolite deposit, “…not only from a geological and mineralogical point of view but also from a colloid chemical and very definitely from a medical point of view.”

Today, the blue-green clay rests among pristine rainforest flora and boasts a unique mineral composition not found in marine or tidal source clays. The traditional stewards of the land, the Heiltsuk people, protect and respect this precious natural resource and have recognized its healing powers for many generations. Traditionally, the Heiltsuk people used it for therapeutic purposes, such as for treating gastrointestinal illness, diabetes, burns, ulcers, arthritis, and skin irritations.

When talking about the microbiome, most people might automatically think of the gut microbiome and this is where it ends. But this is a big misunderstanding. The gut microbiome has been studied most intensively over the last decades, but we now know that we are colonized in every corner of our body and our largest organ, the skin, is like a planet in itself with many diverse ecosystems. That is what makes me so incredibly passionate about the products I create and the raw ingredients I carefully choose to make them with, like zeolite and kisolite. 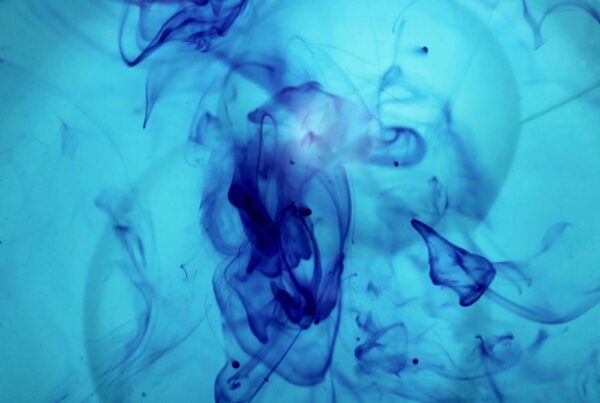 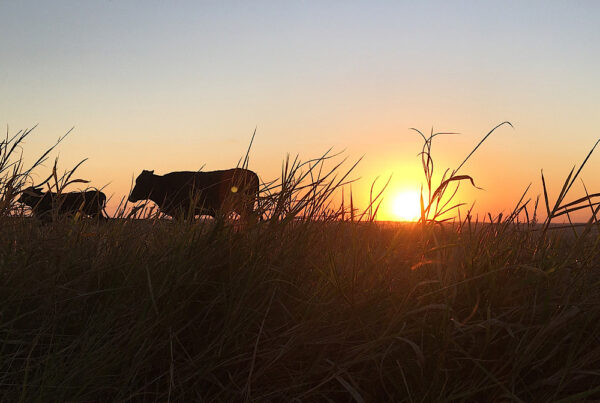 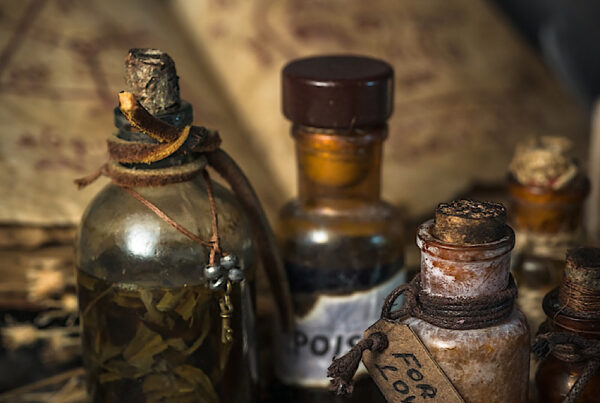